This project aims to investigate and develop a new system for automatic reconfiguration of a network of active sensors to be used in security / defense of peace keeping military bases set up in the theaters of worldwide operations.
Such a model would indeed optimize: (a) the procedures for the choice of the type and of the minimum number of sensors to be used starting from a set of available sensors, (b) the positioning of the sensors according to the morphological characteristics of the surrounding area to be monitored, (c) the automatic modification of the intrinsic and extrinsic parameters of the sensors  in order to maximize the quality of the acquired data and d) the reconfiguration of the network topology in according to the actual conditions of security of the observed area. The involvement of different types of sensors also requires a study of appropriate data fusion techniques that make it possible to integrate the information of the individual sensors in a semantic information for the operator and the study of appropriate data transmission techniques which take into account the limitations imposed by heterogeneous transmission channels.

The System has deen tested to the control of the entire perimeter of a ship against intruders or in situations of docking in an harbor.
In a naval context each change of position / geographical location has a significant effect on the capability of automatic reconfiguration of the individual sensors and the entire system. The different contexts entail different levels of control:
– With units moored in the dock area to be monitored shall include the activated inputs;
– The unit is sparse or near the coast (either at anchor or mooring anchor) control affects only the area within the perimeter of the unit should be made to ensure prompt warning of the defensive positions of the Unit. 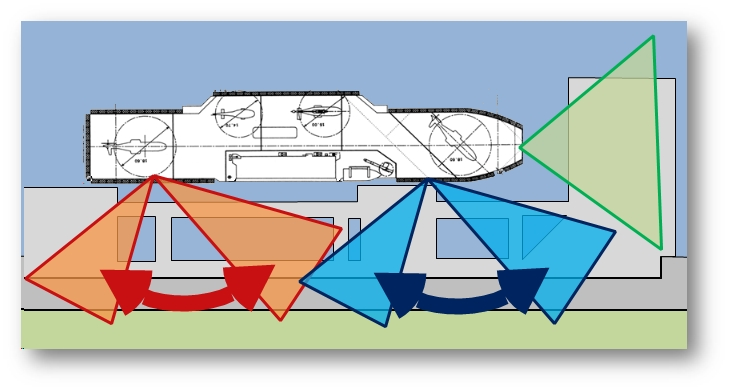 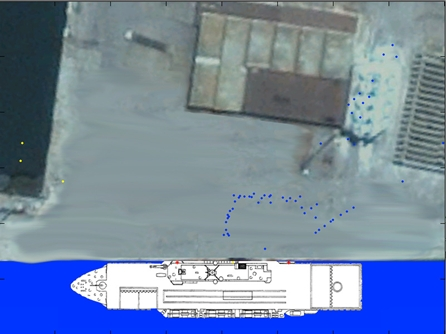